Whenever I read an article concerning Syria in a foreign newspaper, a pressing question poses itself on me: What does the author know about my country and its problems?! Has he presented a picture of its reality useful to the readers of his article or research that leads them to understand the truth as a whole or even partially?

Generally, the prevalent Western mindset paints an image of Syria in the media as being a set of rival sects and minorities competing against one another and living in a state of explosive tension kept in check only by the powerful central authority, that preserves inter-communal peace and works towards creating an integrated community, which is a great progress from the current situation; one of a community fractured, disjointed and capable of fragmenting at any given moment, should the authority become absent or weakened. END_OF_DOCUMENT_TOKEN_TO_BE_REPLACED

Among opponents of the Syrian Revolution, there is a state of amazing denial, which exceeds refutation of its legitimacy, the undermining of the nobility of its cause and the questioning of its practices, and attempts to deny its very existence. This denial leads to a dismissal of the inhuman, tragic and catastrophic acts committed by the security forces, and “Shabiha” [regime militia] against the people in the rebellious areas. END_OF_DOCUMENT_TOKEN_TO_BE_REPLACED

Why do racist European right-wingers and some factions belonging to the far left find a common ground in their hostility towards the Syrian revolution?

For a while now, that same question has been posing itself on many friends shocked by the positions and comments of writers and reporters united in viciously criticizing the revolution, not out of concern nor “neutrality”, nor even as a result of their rejection of the revolution’s errors and impurities, which certainly exist and are plentiful. END_OF_DOCUMENT_TOKEN_TO_BE_REPLACED 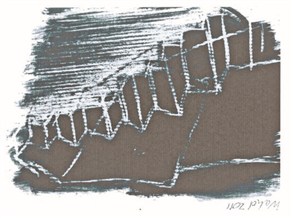 Robert Fisk ventured in the company of Syrian regime forces into Daraya [a town just outside Damascus], to cover the death of 245 of the locals– according to him; more like 500 in reality. Who killed them? The “rebels”, says Mr. Fisk. They are seen throughout his article to be sniping people, shelling the peaceful military base – from which Mr. Fisk started his journey along the invading troops – with artillery fire, and shooting at the armoured military vehicle that was transporting him with a Syrian army officer. The one act Syrian regular forces are portrayed doing – aside from having to invade the town after the failure of a hostage swap operation that no one else but Mr. Fisk has heard of– is taking an open-air shower. END_OF_DOCUMENT_TOKEN_TO_BE_REPLACED