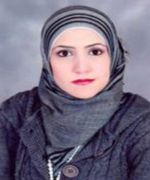 While the media continues to disseminate images of Syrian cities struggling with the horrors of civil war, Syria’s intelligence services and the militias affiliated with them press on with arbitrary arrests leading to the subsequent disappearance of the arrested civilians. The case of Ms. Fatima Khalid Saad presents a disturbing example of such practices. Ms. Saad, a 24 years old who works as a nurse, and hails from the coastal city of Latakia in Syria’s northwest, was arrested on June 28th, 2012, yet to date, the Syrian authorities have refused to admit to her arrest, and have not allowed any contact between her and her family. END_OF_DOCUMENT_TOKEN_TO_BE_REPLACED