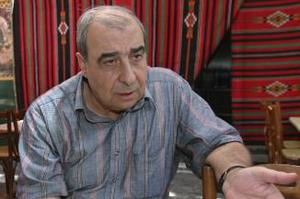 I would like to address you in the name of God, who is known in Islam as the Most Gracious, the Most Merciful. Your Holiness, I am not a believer in all what religions have brought, but I do think that they have preserved the existence of human and therefore humankind when they sanctified human life and preached that human was created after the image and paragon of his Creator, who is the epitome of sanctity itself. In my opinion, the greatest message of all heavenly religions is the preservation of life. Without this message, this humanity, which we see today, would not have existed; we would not have lived to enjoy its achievements and creativity, and we would not have been creatures brimming with faults and defects; yet possessing a sacred thing, that is, their lives, which their Creator has bestowed upon them.  He overlooks their many stupidities and mistakes because He is Most Gracious, Most Merciful. END_OF_DOCUMENT_TOKEN_TO_BE_REPLACED